As California’s truffle industry grows, so does the need for trained hunters.

Sniffing out culinary gold in the heart of the Mother Lode

While walking dogs with her friends six years ago, Staci O’Toole and the other ladies fantasized about the perfect job. They joked that it would have to involve dogs, of course, plus wine, food and being outdoors.

Months later, O’Toole was in the market for a dog, Googled the criteria she sought, and two breeds popped up: the Tibetan Terrier, a herding dog, and the Lagotto Romagnolo, Italy’s truffle hunter.

Herding sparked no interest, but the idea of training a cute, curly mutt to hunt truffles, then to enjoy found fungi with wine and food had O’Toole’s imagination running wild. A Lagotto would be her next pooch.

O’Toole called a breeder, but was disappointed to learn there was a two-year waiting list for a puppy. Not only were Lagottos great at finding truffles, but they’re exceptional family dogs, don’t shed, are hypoallergenic, intelligent, have a good disposition, are compact, endearing and want to please.

The breeder recognized that O’Toole was looking for a working dog, one that would be driven to search for truffles, a trait not desirable in show or companion dogs. Working dogs are hard to place, often being returned by owners who can’t handle their obsession to find truffles. So, he promised to contact her should a working dog become available.

Four months later, O’Toole had her first Lagotto puppy and soon learned of a truffle dog training session being held at the Oregon Truffle Festival in Eugene. She took 12-week-old Mila to the festival but was told not to expect much from a dog so young.

However, Mila was a natural, sniffing out the knobby fungi soon after connecting their pungent smoky odor with being given a treat. Upon returning home to the Bay Area, O’Toole continued as an insurance executive, while training Mila as a “truffle huntress.”

Growing truffle is a relatively new thing in California, but last year’s harvest happened around this time. Most truffle is imported from France or Italy, but a few years ago Staci O’Toole bought an orchard in Placerville in hopes to grow truffle in the Golden State.

“We have hazelnut trees and Oak. They are really the only trees in nature that have truffles,” said O’Toole.

The orchard is in the beginning stages of production and in the meantime she runs a business she calls “The Truffle Huntress”.

Truffle can sell for upwards of $3,000 a pound. They grow underground and the trees in O’Toole’s orchard were inoculated with truffle spores when they were planted.

It takes about seven to 10 years for the trees to mature and the truffle to grow. To harvest the mushroom, O’Toole uses a pair of Logotto Romagnolo’s, which are dogs that are specially bred to sniff out truffle.

“Some hunters used to use pigs to find truffle. The problem with pigs, they tear up the ground and the roots,” said O’Toole.

There is only a handful of truffle orchards in the United States and harvest is kind of sporadic.

“We are not really sure when truffle season is here in Placerville because it’s so new,” said O’Toole.

It could be anytime between November and February. Last December, one of O’Toole’s dogs found a quarter pound of truffle in Sonoma.

For the past few years she has been traveling to different truffle orchards and festivals to share her knowledge about truffle hunting.

Man Made truffle orchards are starting to take off in places like Oregon and the interest is growing in the Napa Valley. O’Toole’s goal is to train dogs and their owners to find future crops.

“Much like the wine industry 60 years ago… this is still experimental we don’t know where it’s going to go,”she said.

Can a more perfect match be found for the indulgence and excess of ones Thanksgiving Feast? We Americans apparently aren’t the only ones who enjoy a good old stuffed bird as it is the French that took it to a whole new level having dined upon Dinde Truffee centuries ago. According to Brillat-Savarin, the father of French gastronomy, wealthy Parisians were consuming hundreds of Truffle Stuffed Wild Turkeys in the late 1700’s from November to March, coinciding with the Truffle Harvests. The recipe was quite simple 3-4 lbs of truffles poached in lard stuffed into the turkey with truffle slices slipped under the skin for good measure. The bird was to sit for a couple days to infuse the flavor and then wrapped in fat and roasted (bard). At today’s going rate of up to $2,000lb for Alba White Truffles(T. Magnatum) it would be surprising if Truffled Wild Turkeys were available for anyone!


Apparently the Coyotes at the ranch didn’t get the message… whilst traipsing through the truffiere several weeks ago trying to ascertain the ripening of the Perigords under foot, the Truffle Huntress and I came upon what appeared to be very limited remnants of one of the resident wild turkeys. A few long tail feathers and a half dollar size of skin with a few pin feathers was all that remained. It certainly explained the ruckus we had heard the night before coming from what seemed to be right outside the door. It was actually quite frightening as it was nothing like we had heard before; the yips and howls that we hear nightly in the distance. It apparently was a full on feeding frenzy with growling, shrieking, crying and screaming that lasted for only about a minute but seemed like twenty as it sent shivers down my spine as they finished off their kill. I hadn’t contemplated that we could have a resident pack on premises and it got me thinking….

Were those damn Turkeys scratching up and eating the truffles from our Tesoro Mio? I had seem them in the truffiere previously and they had even left their calling card of scratching marks and small divots but I had assumed that they were eating the hazelnuts from the truffle trees, snails and unwelcomed insects and had considered them friend. Could it be possible that they were instead infusing themselves with truffles albeit immature?? As expected the sightings of wilds turkeys become scarce prior to the preparation for the holiday feast. I wont have a chance to test the hypothesis this year but have put the wheels in motion to make sure we have it all figured out in the weeks and months to come. As for the Truffled Wild Turkey, I am hoping that I will have the opportunity to try the Dinde Truffee next year stuffed with Tesoro Mio Perigords. In the meantime I have found a great website to order fresh wild turkeys and truffle butter for a lighter version of Dinde Truffe. I’ll let you know how it goes and you let me know if your interested in learning more about the website.
Wishing you the bounty of the season!

It’s Cornucopia of all things Autumnal. The bounty of the Harvest Moon, the return to a new school year and its promise of learning, breathtaking fall foliage and falling back in time. That wonderful free hour of time to snuggle back into bed on a chilly frosty fall morning to dream about the anticipated abundance of the Black Perigord Truffle Season!!!

The promise of all that is Truffles- The treasure hunt of harvest-exploring and learning at the upcoming festivals-the decadent truffle laced foods and the wine pairings! It is the Season to reconnect with nature, old friends and new as we indulge our passion for the miraculous fungi with its heady aroma and mouthwatering prospects.

It is no surprise that it is my favorite Season. Mila and I hope to see you in the Truffle Patches, Truffiere’s and Classrooms as we leads forays and demos at many of the upcoming festivals. Tickets are still available (see Below) to all but they are going fast! If we miss you at the festivals we hope you can join us at Tesoro Mio for a Truffle Experience to reap all the bounty and abundance the Fall Cornucopia represents! 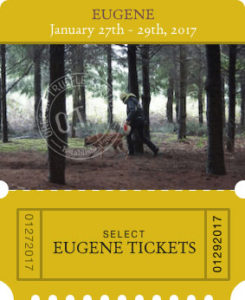